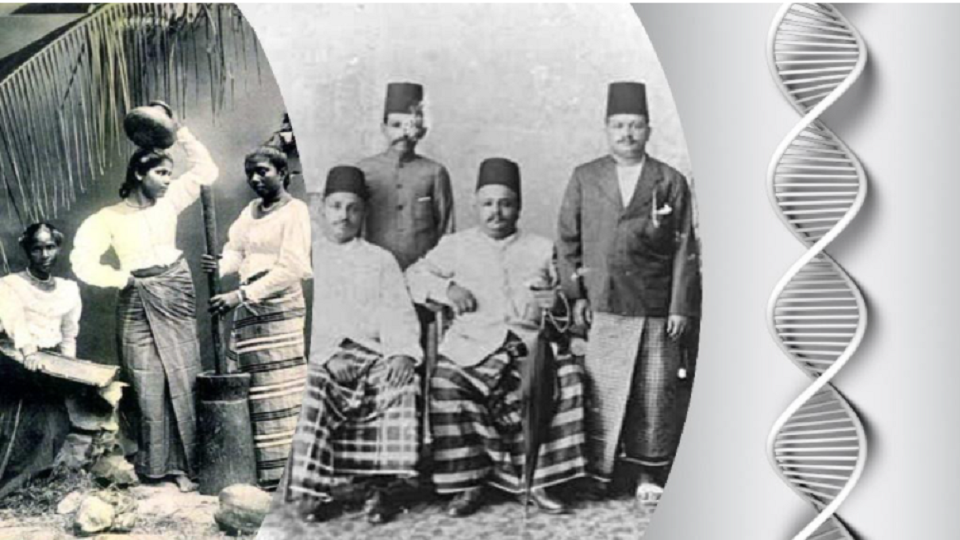 How related are we to each other? Can we predict the kinship between two individuals no matter how distant and complex the relationship is? Are Sri Lankans truly one big family? How related are we to other nationalities? These intriguing questions that have piqued the interest of many Sri Lankans have finally being addressed, in a recent research published in “Scientific Reports”, one of the prestigious journals of Nature Portfolio.

The study was an outcome of a collaboration between the University of Colombo and Genetech Molecular Diagnostics, Colombo (a pioneer in DNA typing service in Sri Lanka) which was funded by the National Research Council and the Genetech Research Institute of Sri Lanka. The research was aimed at establishing the X chromosome-based DNA typing in Sri Lanka to fill a long-felt need in the kinship investigations among Sri Lankans. 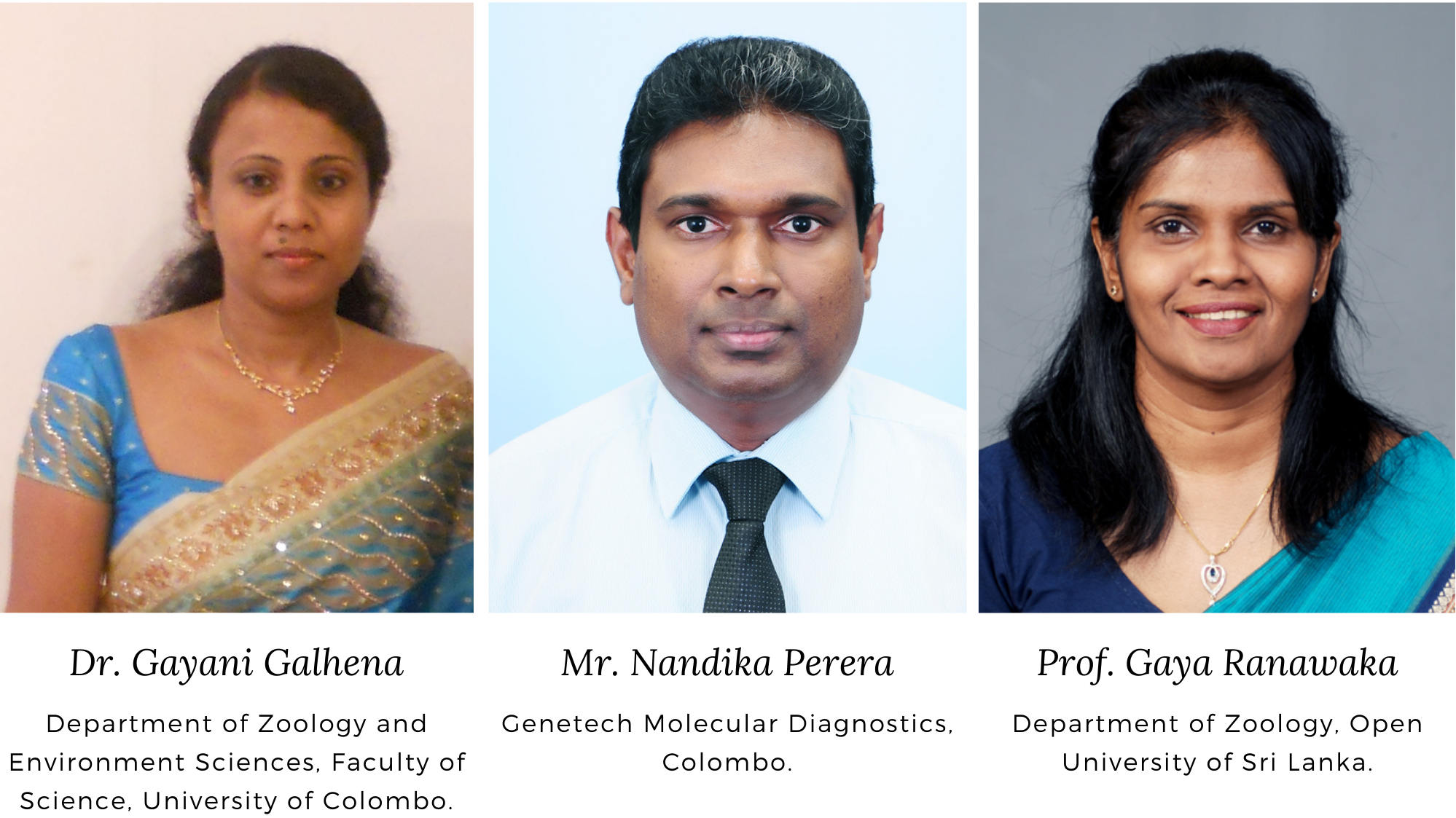 Figure 1: Members of the research team.

The research team comprises Dr. Gayani Galhena from the Department of Zoology and Environment Sciences, Faculty of Science, University of Colombo, Mr. Nandika Perera, Genetech Molecular Diagnostics, Colombo, and Prof. Gaya Ranawaka from the Department of Zoology, Open University of Sri Lanka. The team recently developed a new, automated X chromosome-based DNA typing assay for Sri Lankans. This assay was intended to complement the existing DNA fingerprinting techniques which fail at some specific instances of complex kinship analysis providing inconclusive results.
X chromosome-based DNA fingerprinting is especially advantageous in cases, where at least one female is involved. The new study was thus specifically aimed to fulfill the prerequisites of applying this technique to Sri Lankans i.e. compiling an X chromosome-based population genetic database for Sri Lankan ethnic groups based on their genetic relatedness.
The genetic position occupied by Sri Lankan ethnic groups at both local and global scales is not clear, due to their complex demographic history. Being located in the middle of the maritime silk route, Sri Lanka had been a shelter for many trespassers throughout historical times. Interestingly, these foreign settlers make up the majority of the population today of which 99.5% consist of four ethnic groups; Sinhalese, Sri Lankan Tamils, Moors, and Indian Tamils. 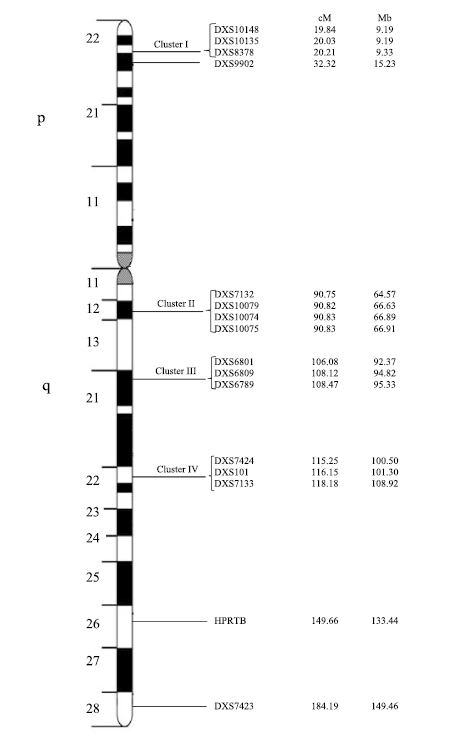 Figure 2: X-chromosome illustrating the positions of the 16 markers use to produce the DNA fingerprint

To investigate the genetic relationships of these four groups, the study utilized a fingerprint generated with16 genetic markers located on the X chromosome. Making it the largest genetic study that has been conducted for Sri Lankans so far, it has tested 838 unrelated Sri Lankans. According to the research findings, Indian Tamils in Sri Lanka were shown to have a subtle but statistically significant genetic subdivision from Sinhalese and Moors. However, Sinhalese, Sri Lankan Tamils, and Moors are highly mixed. Interestingly, Sinhalese and Moors are genetically closer to each other compared to Sinhalese and Sri Lankan Tamils as indicated in the figure below.

According to the researchers, their findings agree with historical data on the early settlement of the four ethnic groups in Sri Lanka. The Sri Lankan Tamils arrived in Sri Lanka from various parts of the Indian subcontinent and subsequently united with the Sinhalese through matrimonial bonds. Indian Tamils on the other hand were brought to Sri Lanka to work in estates during the British colonization and had minimum mixing with the native Sinhalese or with Sri Lankan Tamils. In contrast, Sri Lankan Moors have descended exclusively from Muslim male merchants who came to Sri Lanka for trading. They have settled in Sri Lanka and espoused local women, who were either Sinhalese or Sri Lankan Tamil. Thus, according to the researchers, it is not surprising to see this Sinhalese female ancestry reflected among Moors via the X chromosome analysis.

The study has also shed light on the controversy of the origin of Sri Lankan Moors. While the majority believes they represent Arabic merchants who settled in Sri Lanka, an opposing view holds them to be descendants of Indians with the Islamic faith. The results of this new study have provided evidence to support the latter view by illustrating an Indian origin for the Sri Lankan Moors.

Taking a step further, researchers have compared the genetic relationship of the four Sri Lankan ethnicities with 14 other world populations covering all continents. According to the results observed, Sri Lankans were grouped not only with South Asians but also with Europeans. Indian Tamils were placed towards the periphery of this main group, while Southeast Asians, East Asians, and Africans were placed at a distance, outside the main group. As pointed out by the researchers, these results align well with the historical claims of population movements in ancient Eurasia. Sinhalese are believed to be descended from Indo- Aryans, who set forth from the borders of the Caspian and Black sea towards Europe and South Asia, early in the third millennium BC. Accordingly, European and South Asian civilizations of today share a common genetic background reflecting their Bronze Age common ancestors. Tamils on the other hand are believed to have descended from the indigenous people of the Indian subcontinent. However, Sri Lankan Tamils have mixed with Sinhalese over nearly two millennia, unlike the Indian Tamils, which might explain their relative genetic positions observed in the study.

Based on these results, the research has recommended the use of a separate genetic database (of allele frequencies) for Indian Tamils for the application of X chromosome-based DNA fingerprinting. In contrast, possible use of a common genetic database has been suggested for Sinhalese, Sri Lankan Tamil, and Moor ethnicities.

This research, which represents the first study that investigates the X chromosome-based demographic history of Sri Lankan ethnicities has thus opened up a new avenue in molecular forensics for Sri Lankans enabling the resolution of complex kinship casework. As Sri Lankans, we are humbly proud of such findings and encourage our scientific community to continue with these studies and gift more knowledge to the field of science.