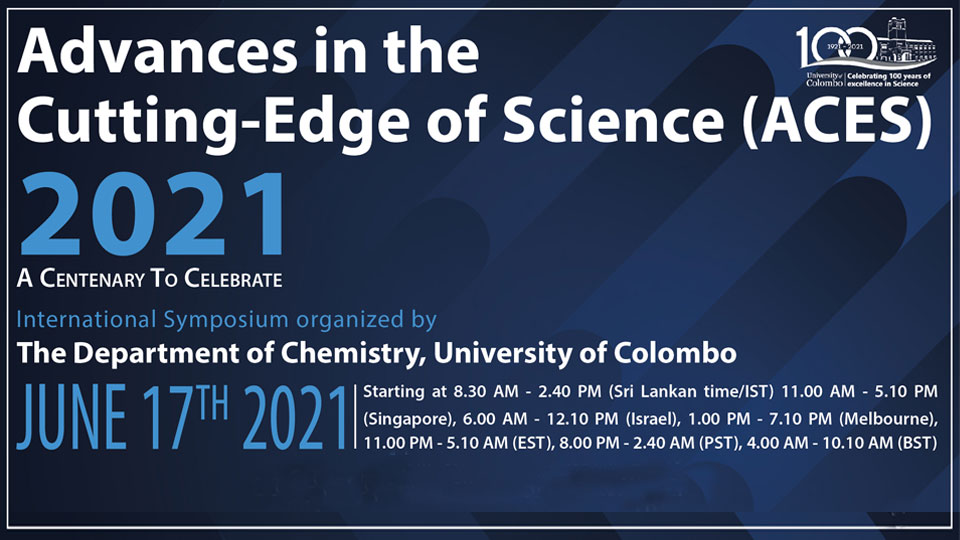 ACES 2021 International Virtual Symposium organized by the Department of Chemistry to celebrate the centenary of science in Sri Lanka was successfully held on June 17th via a Zoom Webinar platform.

Some parts of ACES 2021 symposium published online are included in the following uploaded video at the Department of Chemistry official YouTube channel, CMB Chemistry. 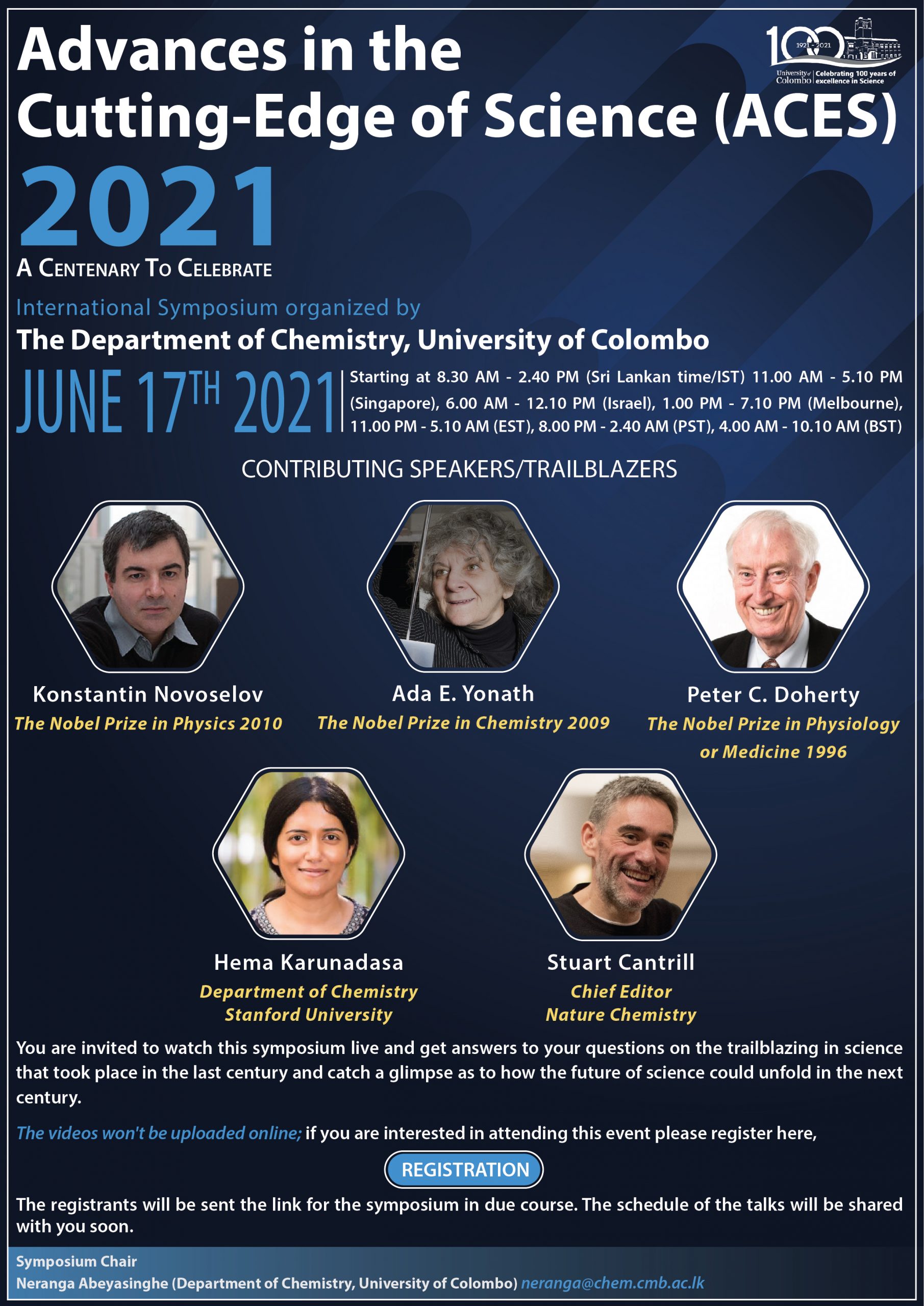